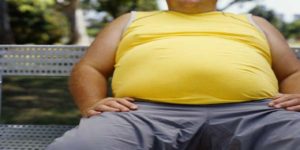 By Michael Haberman
Posted on November 3, 2018

Is an obese employee protected by the ADA?

Obesity as a disability is a growing problem.

At some time or another most HR professionals have probably been faced with the question of whether or not an obese employee is covered by the ADA. The answer as often happens is “maybe”. Unfortunately, as our population gets heavier this may become more of a problem.

The EEOC provides some guidance by saying:

…not every physical characteristic constitutes an impairment that implicates potential ADA coverage. For example, normal deviations in height, weight, or strength are not impairments. Thus, it would generally not violate the ADA to exclude someone from a job who exceeds what an employer considers an acceptable weight. Morbid obesity, however (i.e., weight that is 100% or more over what is considered normal) is an impairment, and it will be considered a disability if the applicant or employee can show that it substantially limits a major life activity, substantially limited a major life activity in the past, or is regarded as substantially limiting.

As you can see there is a lot of “maybe” opportunities in that answer.

Recently a case in Washington drew attention to this question. Attorney Bennett Epstein, of Foley & Lardner LLP, provided an analysis of the case. The case was not an ADA case, rather it was a case involving the Washington State Law Against Discrimination that is being reviewed by the Ninth Circuit Court of Appeals. In this case, a railroad employee with a BMI (body mass index) of 41 applied for a position as an electrician. The Centers for Disease Control and Prevention (CDC) considers a BMI of 30 or more to be obese. The railroad was more liberal and considered a BMI of 40 or more to be obese. At either level, the employee failed the measure. He was referred to the medical examiner who offered to give him a “fitness for duty” test at the employee’s expense. He could not afford the test and thus was rejected for the position. As a result, he headed to his lawyer’s office.

Since this is a case about a state law the Ninth Circuit had to refer the case to the Washington Supreme Court for a ruling. However, they did provide some guidance on how the EEOC might see the case. Mr. Epstein says that “In an amicus brief in the recent Ninth Circuit case, however, the EEOC argued that a person has a disability when weight is either outside the “normal range” (again, undefined) or occurs as a result of a physiological disorder.” He points out, however, that “The EEOC’s position is at odds with the holdings of most federal appellate courts, which have held that being ‘overweight’ alone does not constitute a disability under the ADA. The claimant also must establish that the excessive weight is a result of a physiological disorder.”

So what is an employer to do?

If you as an employer are faced with a grossly overweight applicant or employee you better off doing an individualized assessment of the employee’s ability to do the job. I know from personal experience that BMI is an imperfect measure. You can actually be fit and have a BMI over 30, so why eliminate a capable candidate? If someone is overweight due to a physiological disorder then that is another matter. Mr. Epstein does say that one thing the Federal court made clear is that you cannot charge the candidate for the fitness test. So be careful.

Omega HR Solutions, Inc. uses creative human resource solutions to provide answers to time, money and service issues with employers and their employees. Visit our Products and Services page for more information or contact us to learn how we can help your organization. 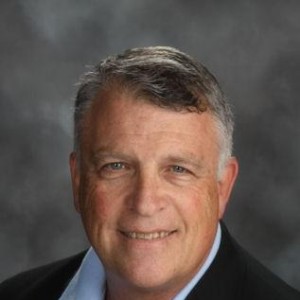