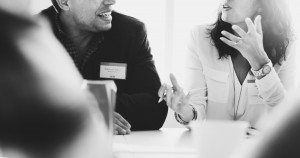 Negotiation will be the business skill of the year

With 2017 just around the corner, everyone is watching with bated breath to see what the new year brings. The main influential factor: the new presidential administration. The result: lots of changes.

Right now the economy is solid. The GDP growth in Q3 was bigger than expected and the Fed will likely raise rates in December, so 2017 will start out grand. However the lack of clarity of Trump’s policy positions and uncertainty of his leadership will cause great angst among the nation’s business community and HR.

My prediction is that in 2017, negotiation will be the key to success. As a shrewd business man, negotiation has been and will continue to be at the forefront of all issues he tackles, policies he sets forth, and changes he makes. Business leaders must prepare, invest and possibly maneuver to protect their assets, investors and employees.

Without a strong voice and willingness to participate in the conversation, they’ll risk losing their place in the discussion. And with the below hot topics destined to change the face of the business marketplace, this is certainly not the time to lose that voice.

Outsourcing: One of Trump’s most recent successful negotiations was with Indiana-based Carrier to keep nearly 1,000 jobs in the country rather than outsourcing to Mexico. This effort, while great for the Carrier employers, is not sustainable every time a company plans to move jobs. It will be interesting to watch how other companies attempt to negotiate with governmental entities to gain subsidies and other incentives. What’s more, how will this affect the free marketplace?

Immigration: With Trump vowing to crack down on H1B visas, numerous industries could suffer including farming and manufacturing. Some companies are already striving to maintain protected-immigrant status for their strongest employees. Will strong negotiation make an impact for these at-risk workers? If these companies fail, there may be a massive workforce shortage.

Health care: Changes will likely come to the Affordable Care Act, which is already a hot topic for businesses assessing the costs of employment. Look to Health Savings Accounts as the future of insurance as HR executives nationwide research and negotiate rates for employees.

Paid family leave: The United States is embarrassingly lagging behind in rights for parents and caregivers who need to take time off work for family medical reasons. While positive for employees, employers argue the costs of such a mandate could debilitate businesses. Will Trump knock down potential legislation? If so, will progressive companies step up to voluntarily offer these benefits?

Overtime: NPR estimates 4.2 million workers will become eligible to earn OT this month due to President Obama’s executive orders. Many argue this will come at the cost of employee raises, and potentially, jobs. Trump could overturn this rule, which has positive and negative consequences. Unions in particular, may have hard-fought negotiations about OT to look forward to in 2017.

Infrastructure spending: Trump touts increased spending on infrastructure, which could positively boost the economy and job market from urban to rural areas. Will this actually come to fruition, and furthermore, how will these improvements be funded? Trump’s true negotiation prowess will need to shine in order to make this all come together as he claims.

Tax cuts: Businesses could invest more in innovation which, in turn, could create more jobs. Employees who spend the extra money (rather than save) are putting more money into the economy and new jobs are needed to produce the goods and services they are purchasing.

Ultimately, based on Trump’s background and rhetoric, we’ll all get a first-row view to how cutthroat businesses negotiation plays out in a governmental format. Will his vast (and often vague) promises materialize? That’s the main source of uncertainty as we all look to the future. 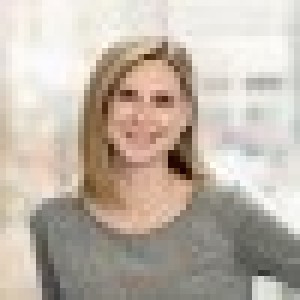