What You Should Know About the Gender Pay Gap

Most everyone has heard that women make about 76 to 80 cents for every dollar made by a man in the workforce. This statistic has been the subject of much debate and is often misunderstood. Knowing more about the gender pay gap, why it exists, and how to mitigate it can be helpful for any business.

It’s Not a Myth

A gender pay gap does exist, but the 76 to 80 cent statistic doesn’t tell the whole story. This statistic is based on an entire workforce and workers are classified only by gender. Factors such as experience, education, and job title have not been taken into consideration.

Even when adjusted for external, less controllable factors, however, a pay gap exists. Women with similar education levels, experience, and positions make approximately 97 to 98 percent of what their male peers make.

Education Can Be a Problem

While it may seem that education could help to narrow the pay gap, there is more to this issue. Women, particularly black and Hispanic women, tend to have a more difficult time paying off student loan debt than men. Since women take longer to pay off student debts on average, this means more interest paid by women, leaving women at an economic disadvantage that can affect opportunity.

Additionally, the gender pay gap remains relatively consistent between women and men at each education level.

Progress Is Happening, but Slowly

Through the 80s and 90s, the gender pay gap narrowed significantly. Since that time, progress has slowed. While the last few years have shown some progress towards narrowing the gender pay gap, women and men aren’t expected to reach pay equality until about 2119 based on the rate at which the gap narrowed between 2001 and 2016.

There Are Things That Companies Can Do

The first step to correcting a problem is realizing that there is a problem, so conducting pay audits or increasing salary transparency throughout a company can help to highlight gender-based discrepancies.

Offering training and advancement opportunities internally can help to offset external influences that may be contributing to a gender pay gap within a company. Refraining from asking for previous salary information can help to prevent a company from perpetuating pay inequities that were begun at earlier stages in an employee’s career.

Communicating with employees regarding steps being taken to narrow the gender pay may also encourage women to apply for promotions. By working to minimize the pay gap within a company, employers may help to lessen pay inequality across the board and bring us closer to a day when there is no gender pay gap. 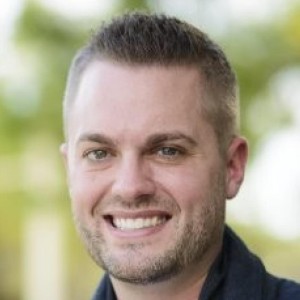