How to Keep Prospects on the Phone

If you’re making cold calls or even cold-ish calls, and you FINALLY get someone to answer, you feel a bit like…

Now, don’t blow it. The number one mistake at this stage is to begin a full-on sales vomit.

We give the elevator pitch,

We give the value prop,

We ask a question,

Then we answer the question for them…

All the while we’re still actually tuning in to the fact we are getting a chance to do our jobs and someone is on live with us. And as soon as our brains catch up with our mouths, the prospect is saying:

We call this an “Early Dismissal” as opposed to an objection (where they have a relevant reason or question based on our actual offering). You might call it, “getting blown off, rejected, turned down, shut down”, or “blown out”, if you’re a friend from the UK.

So what do you do when you’re getting shut down in the first 30 seconds of the call? We got you.

#1 Stop Talking Sooner. The best way to stop the sales word vomit is to never start it. Get a SWIIFT intro down pat. This is a 10-second intro that is designed to get prospects talking FAST.

#2 Save the Value Prop for Minute Two. Lots of folks think their elevator speech (what I do and why you care) is the same as their intro and that’s exactly wrong. Save this for when they say, “Wait, who are you with again?” Now they’re listening! Another smart reason to save it: Your intro should be as much about them as possible and as little about you as possible. This way we don’t sound like desperate salespeople.

Desperate salespeople consistently get shut down with early dismissals.

#3 Be Confident and Conversational. If you sound like their neighbor or like they’re lucky to even be talking to you, you’ll have more luck keeping them on! Again, the key to this is a go-to introduction and practice. Yes, write it down if you need to for the first few calls. Then ditch it because reading it sounds neither conversational nor confident!

#4 Master the Brush-Off! We teach 2 ways to overcome the dismissal and neither is anywhere close to how we overcome an objection. When we overcome objections, we dig into the why and address concerns. An early dismissal is not based on fact. It’s another way to say:

So don’t dig in, drive around! The key to keeping prospects on the phone is to get them talking! Do this by bringing up a random subject or even digging into their BS excuse with a question.

Dismissal: “I’m not the right person.”

Rep: “So how are things going over there?” (unrelated question), or

Rep: “So there are more folks in your department?”

The key is to not stop! Now ask another question. And another. And before you know it, you’re getting the information out of them you called to get!

Second key: Prevent sounding defensive at all costs! Here’s an example of what sometimes happens that doesn’t work:

Dismissal: “I’m not the right person.”

Prospect: “No you little turd and now I will never buy from you ever.”

Get the difference? I’m not saying to strong-arm, I’m telling you to deaf ear. Keep it sweet and light and go right on past them with another question and before they even realize it, you’ve gotten two qualifying questions answered and the name of the right person to call (or a better time to call them).

It doesn’t work every time, but we see a good 70% plus success rate!

Check out our Sales Development Masterclasses!
We offer 4 different classes for BDRs and SDRs all focused on prospecting. 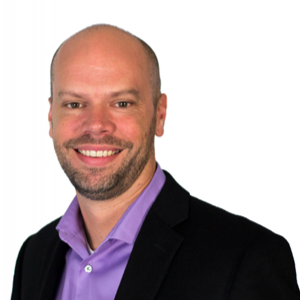