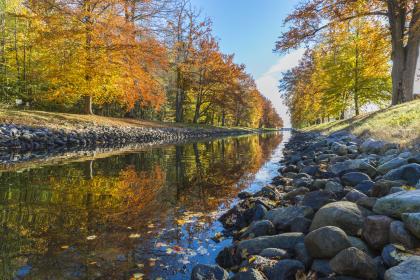 Have you heard organizations assert that safety is their top priority, safety is job one, safety is never compromised for production, etc.? Such slogans and platitudes, however well intentioned, can inflict subtle harm to safety efforts. Unless the details of the organization’s priorities and values are very clearly explained, these assertions about the importance of safety tend to perpetuate a dichotomy between safety and productivity. There is an implied choice between being safe and getting the job done. If the organization thinks this choice is real, some re-thinking might be in order. If they truly understand that safety and productivity can work together rather than competing with each other, the message needs to be clarified or changed.

Based on past history, this dichotomous thinking about safety versus productivity is already prevalent and doesn’t require much effort to perpetuate it. For decades, workers in many industries were encouraged to get the job done at any cost. That mindset is still present in many older workers and labor-intensive industries. Promotions and raises were based on productivity, not safety. Safety only got consideration if it took the worker out of the workplace. Being excellent at safety might have had personal advantages, but it was not rewarded by the organization. Workers were viewed as replicable cogs in the organizational gears and not as valuable assets.

This mindset changed as organizations matured, regulations tightened, and legal exposure increased. Both altruistic and financial reasons caused organizations to increase the priority of safety in the workplace. This change was met with unexpected resistance. The boss who used to encourage getting the job done no matter what was now criticizing workers for risk taking. Workers who took pride in their productivity found themselves challenged to be more careful. Their accomplishments seemed to be devalued and a new standard imposed. But the new emphasis on safety was often suppressed when production pressure intensified. This made workers question the validity of the priority on safety and slowed progress toward a safer workplace. The idea that safety and productivity were competing priorities was reinforced rather than replaced.

Many organizations are still stuck in this progression toward safety. They sincerely want to be safer but are challenged by the pressure to produce, compete and be profitable. Leaders and managers preach safety but first-line supervisors find themselves in a conflict of interest to put safety first. When workers hear the words of leaders but workplace realities don’t match them, they write off the priority of safety as “lip service” and not the reality of their jobs. This lack of credibility in safety often spills over into other organizational areas and erodes trust levels between leaders and followers. Such damage is potentially catastrophic and remedies for it tend to be slow and difficult. Old habits die hard in individuals and old practices die even harder in organizational cultures.

The solution to this is to stop separating safety from production. Most organizations will realize that what they really want is not a battle between safety and production, but safe production. This means if either of the two wins, they both lose. Sacrificing one for the other cannot be a permanent solution. The reality of most organizations is that they must produce or perish. That, however, does not mean they must produce regardless of the dangers. Airlines delay or cancel flights when equipment is compromised or weather is threatening. That doesn’t mean they don’t fly, it just means they respect the dangers and don’t count on luck to get them through. Sometimes shutting down to address a problem or safety issue is actually more productive than running to failure and hoping the damage is minimal. Just as we have learned that outages for preventative maintenance can result in more run time, addressing safety issues in a timely and effective manner can accomplish the same kind of efficiencies. Safety becomes another consideration in production rather than production’s competitor.

Leaders who realize the importance of combining safety and productivity often make another critical error. They begin to communicate what they want but underestimate what it will take to make it a reality. Some leaders naively think that they can simply dictate the change and it will happen. Many organizations have a significant barrier between their leaders and workers. Without proper metrics and information flow from the workplace to the boardroom, there is no real way for leaders to determine if change is happening. Many leaders assume their infrequent visits to the workplace give them an accurate sample of what is happening and what people are doing. Few workers behave normally when leaders are present, and few openly share their insights. Most organizations in which communication and trust are strong are not the ones who seek and need to improve safety. Perception surveys can be inadequate to really test mindsets and priorities. Without accurate and timely metrics, leaders often fail to change minds or behaviors.

If leaders are aware they cannot simply dictate change, they sometimes still focus all or the majority of their change efforts on prompting what they want rather than reinforcing it. Behavioral science tells us that people do what they do (actions) because of what happens when they do it (consequences). Yet, many change efforts push the change without managing the consequences. Regardless of how often a leader preaches safe production, workers will still be most influenced by the response to their behaviors when they do or don’t do what is desired.

Even with good intentions, separating the concepts of safety and production can create a competition between them that is totally counterproductive. Prioritizing safety over productivity reinforces the idea they are separate priorities. Safety needs to be postured as a component of production, not a competing priority. As long as safety is mentally separated from work, the problem continues. To achieve excellent performance, safety must be the way you work, and safe production must become a mindset and behavioral reality. 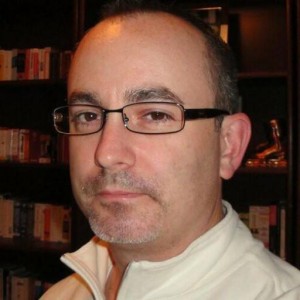