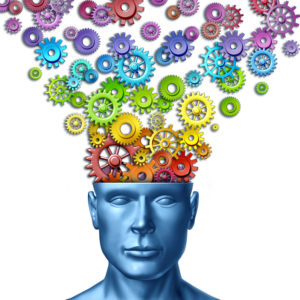 Cultivate Coachability with these 5 Mindsets

The frustration was palpable within a group of leaders with whom I recently worked. They were in a tough spot. Competition was emerging from unexpected sources. Revenue was not tracking to meet expectations. The organization was responding with significant structural change. And these leaders had been told by executives that if the business was to survive, they had to improve their coaching ability and results.

One leader, unable to contain his urgency and angst, blurted out, “Just tell us the four or five steps we have to take to become better coaches.” Another jumped in with, “Certainly there’s a script or talking points we can just follow.”

Hmmm. Were it so easy, organizations would be teeming with exceptional coaches. But they aren’t. In today’s time-starved, sound-bite world, it’s understandable that leaders would expect that coaching could be boiled down to a few tidy to-dos. However, it’s not that simple.

Coaching is not a series of isolated activities; it’s a relationship. It’s not a discrete conversation; it’s pervasive and ongoing dialogue. In fact, coaching is a way of thinking that exceptional leaders bring to their work day-in and day-out — even when they’re not thinking about coaching. And over time, this mindset and the behaviors it inspires help to cultivate a more coachable climate.

The coach’s mindset is multifaceted; in fact, it’s actually five different mindsets, all of which are required to enhance one’s ability to help others realize their potential, perform optimally and engage in continuous learning.

The quality of coaching is directly proportionate to the quality of relationships. Effective leaders understand this and, as a result, prioritize the human connection. They know they must ‘earn the right’ to support the growth and performance of others. They do this by investing in getting to know others and in understanding their motivations. They model authenticity and encourage the same from others. They build a foundation of trust by maintaining confidentiality and following through on commitments. And they convey respect in all that they do. As relationships deepen and trust grows, people are naturally more receptive to coaching and coaches have a solid, knowledgeable base to support their efforts.

The most effective coaches are frequently people of few words… because they are considerably more focused on listening than on speaking. Listening certainly contributes to the quality of relationships and provides the coach with important context and content. But, even more important than that, listening creates a space that allows others to reflect, process ideas, talk through their issues and ultimately arrive at their own solutions. Truly appreciating the transformative power of listening is the foundation of this mindset and leaders can bring it to life when they:

Through her research in the educational arena, Harvard’s Carol Dweck found that students demonstrate one of two points of view. Some have a ‘fixed mindset’, leading them to believe that basic qualities like intelligence and abilities are fixed and that talent alone leads to success. These people fear challenges and failure as it reflects upon their abilities. Other people have a ‘growth mindset’ which aligns with a belief that most abilities can be developed with effort. These people tend to welcome challenges and realize that mistakes aren’t tragic… if you learn from them. As you have likely noticed, theses contrasting mindsets extend to the workplace.

The most effective coaches possess a growth mindset and work tirelessly to help others adopt one as well. They collaborate to set goals that, while attainable, also stretch people beyond their comfort zone and the limitations they’ve set for themselves. They embrace experimentation and mistakes as a natural and necessary part of growth and learning. And they understand that ultimately what determines success is effort. As such, they focus praise and attention on persistence, effective strategies and approaches, and the act of trying hard.

One of the greatest gifts a coach can give others is a sense of ownership. But this requires a mindset that places responsibility squarely with the other person. Leaders need to understand that they’re not doing anyone any favors by ‘going easy’ or ‘cutting some slack.’ The accountability mindset acknowledges the growth and power that comes from owning one’s plans, effort, progress, success, and even failure.

Think about your favorite sporting team and the coach’s contribution to that team. He or she isn’t out on the field playing. Instead, the coach is on the sidelines juggling three critical elements: the requirements of the game; the potential (and challenges) of the players; and the constantly changing conditions facing the team. And all of this guides and informs the kind of support the coach will offer.

The same is true of leaders in the workplace. The best ones understand that their fundamental role is to serve the team. This is at the core of a support mindset. Coaches with this kind of mindset find ways to demonstrate confidence that others can and will succeed. They let people know why their contributions are important, sharing information about the big picture and what’s happening in the organization. They identify the resources others need and jointly plan for acquiring them. And they pinpoint roadblocks and brainstorm ways to remove them.

As the group of frustrated leaders whom I was working with learned, effective coaching is less about models, steps or scripts and more about the mindsets that the coach brings to work and all of their interactions.  And when leaders commit to adopting a mindset focused upon relationships, listening, growth, accountability, and support, they’ll enjoy a more receptive and coachable audience – and better outcomes as well.

The post Cultivate Coachability with these 5 Mindsets appeared first on Julie Winkle Giulioni. 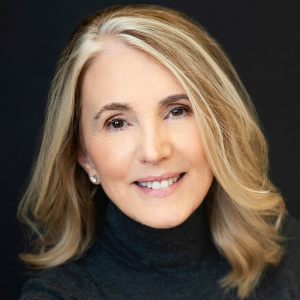